Last week Rollem played host to a potential customer from South Korea. Mr Jung-Ho Kim (Kim) from DTPIA Co. Ltd based in Seoul, travelled to Barnsley specifically to see a demonstration of Rollem’s business card finishing equipment. Across Asia business cards are seen as being important, a business card (name card) in Korea is called a 명함  and should be presented and received with respect.

Mr Kim was accompanied by Sang Hun Lee of OZ Partners, based in London. Mr Lee acted as translator, guide and chauffeur for Mr Kim.

Stewart Dyer, European Sales Manager for Rollem said “the visit was very useful for both parties, and Mr Kim and Mr Lee were a pleasure to work with. We were able to demonstrate the equipment which Mr Kim is looking for, to improve the efficiency of his production facility, and he was confident that it would provide what he needs. As a result of the discussions and demonstrations, we agreed that we would progress to the next stage of the process.”

Pictured are the visitors with Stewart outside the Rollem factory. Mr Lee is on the left of the picture, and Mr Kim in the middle.

On Wednesday 13th February, we bade farewell to a long serving and faithful companion… the Bridgeport milling machine was pensioned off after over 35 years of loyal service, and replaced with a younger and better model – a Warco universal milling machine.

This upgrade is the latest in a programme of investment in people and machinery to support the growth of the business.  Rollem are expanding the range of print finishing processes covered by their systems along with continuing to improve the customer’s production efficiency. With recent increased sales in the UK and across Europe, the future looks bright, so to ensure Rollem are able to meet the demand, and adapt to the changing requirements of their ever expanding customer base. 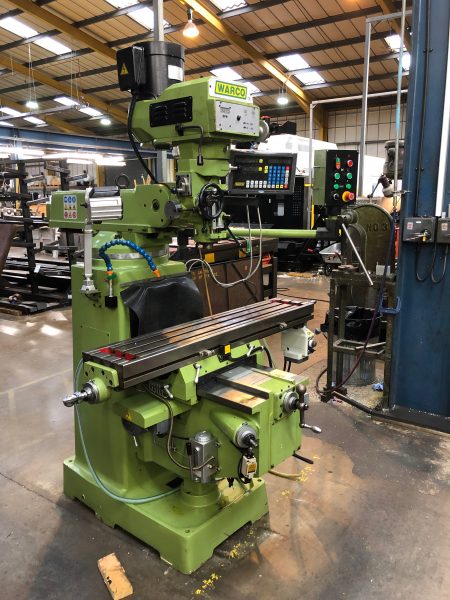 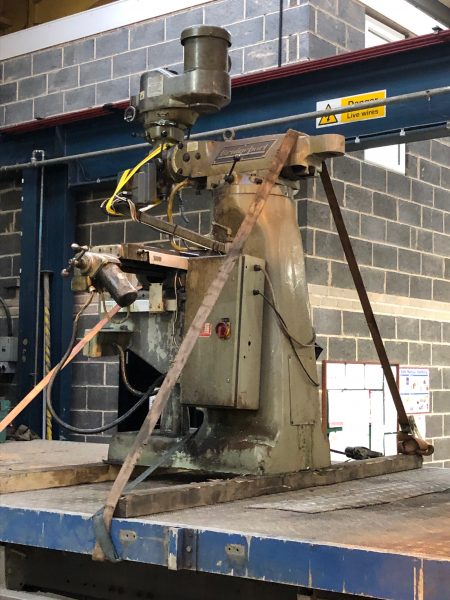 As anyone who knows Stacey will realise, this was quite a challenge for her to undertake!

She has raised over £400 for Kidney Research. Stacey’s mum, Sue, had a kidney transplant about 8 year ago, and it is looking likely that she will need to go back on dialysis soon.

Stacey celebrated her achievement with a couple of drinks after work with her colleagues.


To donate to this excellent cause, please go to JustGiving at;
https://www.justgiving.com/fundraising/stacey-winfield2